Thomas Aquinas, the most noted philosopher of the Middle Ages, was born near Naples, Italy, to the Count of Aquino and Theodora of Naples. As a young man he determined, in spite of family opposition to enter the new Order of Saint Dominic. He did so in 1244. Thomas Aquinas was a fairly radical Aristotelian. He rejected any form of special illumination from God in ordinary intellectual knowledge. He stated that the soul is the form of the body, the body having no form independent of that provided by the soul itself. He held that the intellect was sufficient to abstract the form of a natural object from its sensory representations and thus the intellect was sufficient in itself for natural knowledge without God's special illumination. He rejected the Averroist notion that natural reason might lead individuals correctly to conclusions that would turn out false when one takes revealed doctrine into account. Aquinas wrote more than sixty important works. The Summa Theologica is considered his greatest work. It is the doctrinal foundation for all teachings of the Roman Catholic Church.

Robert Dyson teaches politics at the University of Durham, and has previously edited and translated an acclaimed rendition of The City of God by Augustine for the Cambridge Texts series. 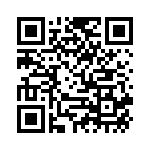