35 āyü[āW
Lord Tweed smuir, In the course of his many literary aotivities, states " The
Scotsman " in a review of his latest novel, has already concerned himself with the
romantic aspects of revolution and king-malting, and in his new novel he is once
more ...
173 āyü[āW
Born in Peebles in 1725, he became Lord March and Ruglen on the death of his
father in 1781, while, at a later date, he succeeded to the important Queensberry
estates on the death of his cousin. His whole life was one of selfish gratification, ...
185 āyü[āW
Aristocrats, like Lady Macadam in Gait's "Annals of the Parish," and Lord
Lascelyne in Lock- hart's " Matthew Wald," use English, but there is not the same
uniformity of speech among lairds rather lower in social degree. Multurelaws, an
... 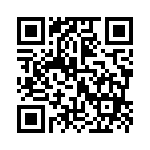