About the Author:
Jonathan Raban is an acclaimed novelist and travel writer whose books include Hunting Mister Heartbreak, Coasting, Old Glory, and Foreign Land. and 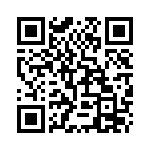