Richard Hooker was born around March 1554 in Exeter, England. Born of a humble family, Hooker was able to attend Oxford University due to his patron, John Jewel. He took holy orders in 1581, becoming a clergyman in the Church of England. In 1585 he was named master of the Temple, a position he held until 1591. He married in 1588 and eventually moved in with his father-in-law, where he began writing his major work. Hooker's masterpiece, an eight-volume set called Of the Laws of Ecclesiastical Polity, recounts the strife involving the admonition controversy, a doctrine calling for radical reforms in the Church of England. Hooker's work is a reply to the admonition controversy and to the Roman Catholic Church where he defended the current state of the Anglican church. Hooker generally allowed the scripture to speak for itself concerning his views of the church, but he also relied on tradition and common sense. Richard Hooker became vicar of Bishopsbourne in 1595. Some feel that while he drew his salary as the vicar, he actually allowed a lesser clergyman to perform his duties, a practice known as pluralism. He died there on November 2, 1600. 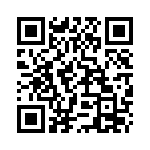