Harold Toliver is Professor of English at the University of California, Irvine, and author of several books, including Transported Styles in Shakespeare and Milton (Penn State, 1989) and Lyric Provinces (1985). 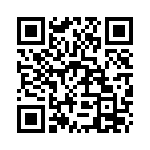