Simultaneously illuminating and complexifying, an elegant, necessarily incomplete discussion of the non-paradigmatic in an exceptionally well designed book. Difficult, but not imposing. Worth it for the subtle shrug of French tone. レビュー全文を読む

Throughout his career, Barthes sought to show how grammar and the choice of words affect ideas. In this course of lectures, he considers the neutral, i.e., terms or categories that cannot be fitted ... レビュー全文を読む

Roland Barthes was one of the most influential critics and philosophers of the twentieth century. His works include Mythologies, S/Z, A Lover's Discourse, and Camera Lucida.

Rosalind Krauss is University Professor of Modern Art and Theory at Columbia University. She is the author of The Optical Unconscious, Formless: A User's Guide, The Picasso Papers, and Bachelors, among other works. 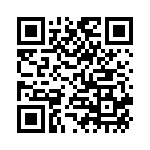