191 āyü[āW
In other its real character . parts of the western country Bush , as distinguished from such ant - hills , I understand , the heavily timbered , and often though I have not seen them , impenetrable , scrub of the sometimes reach the ...
267 āyü[āW
It lay hills rose steeply for thousands on both sides of the river , but of feet , forest - clad to the tops ... my side of the between the hill and the river stream , stood a new and wellwas cultivated and planted with built bungalow .
381 āyü[āW
Next day , therefore , I farther on , houses appeared , ascended into the intervening and I found myself in the busy hills by a footpath that starts village of Parkkina . Here I where the highway ends and smelt the tang of brine , heard ... 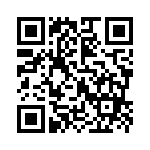