493 ページ
Had all who offended 20th Chasseurs à Chevel , with grievously against military rule whom I served against the been shot or imprisoned , the Russians , the Austrians and regiment would have ceased to then against the British in exist in ...
725 ページ
WHETHER British rule is or reading in India is that the is not a good thing for India duty of a Government is to is , of course , very far from grovel . being a settled question . It The spectacle of a Viceroy is arguable that the best ...
730 ページ
hatred of British rule , hatred law and other stern measures , of the British race , hatred of which may , for a time , appear the individual Briton ; intense , to aggravate the existing disinveterate , sustained hatred of content . 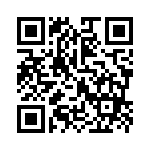