203 āyü[āW
11. Pitkin has explored this question . The debates about women rulers were evidently extensive in the age of Mary Tudor , Mary Queen of Scots , Catherine de ' Medici , and above all of course , Elizabeth .
206 āyü[āW
The same point was made of course in Virginia Woolf's later Three Guineas . ... The latter suggests that great üg sympathy " was shown to women in the Gentleman's Magazine , but that , of course , is precisely how the repression succeeds ...
220 āyü[āW
Talking is also leaking , of course , especially in the emblem literature : for Geoffrey Whitney , a leaky barrel emblematizes üg the blab , " a figure unidentified by gender . But , in the fable portion of the emblem , the barrel itself ... 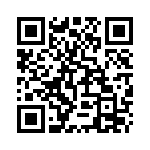