49 ページ
A great Birmingham meeting was immediately held , resolutions were passed
demanding “ the Bill , the whole Bill ... but the Bill , " and invoking the King to “
exercise his prerogative of creating new peers sufficient to enable the Bill to pass
.
235 ページ
Another time she and I were driving out together when , on passing down a by -
street in the neighbourhood of Oxford ... There was a painting here yesterday - I
saw it in your window as I passed , ' she said to the picture - dealer ; ' I trust it is
not ...
605 ページ
Opinion must have been pretty well divided between the two political parties , for
at the first election after the Reform Bill had passed , which took place in
December , 1832 , Sir M. W. Ridley , Bart . , Liberal , and Mr. John Hodgson ... 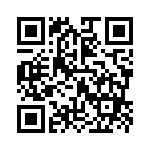