Bridget T. Heneghan, a lecturer in English at Vanderbilt University, has been published in Nineteenth-Century Studies. 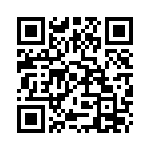