A Colorado native, Allison James graduated from the Colorado School of Mines in 1983 with an undergraduate degree in Geophysical Engineering. She has lived, worked and traveled across Africa, Southeast Asia, Europe, Australia, South America, and North America. After more than a decade abroad, Allison returned to the United States, where she earned her Master's Degree in Marketing. As a writer, Allison has contributed to the publication Don't Sweat the Small Stuff, was a columnist for the Durango Herald, and has acted as both editor of and contributor to the book, Stories of Women. Allison has two grown daughters and currently lives and works in Durango, Colorado. 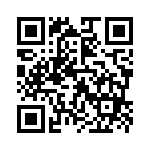