BEYOND NUMERACY: The Ruminations of a Numbers Man

Maybe there is a royal road to mathematics, after all. If so, Paulos is motoring on it in the driver's seat with this wide- ranging follow-up to his best-selling Innumeracy (1988). In the course of ... āīārāģü[æSĢČé­ōŪé▐

John Allen Paulos is an acclaimed author, popular public speaker, and former monthly columnist for ABCNews.com, the Scientific American, and the Guardian (London). A professor of math at Temple University in Philadelphia, he earned his PhD in the subject from the University of Wisconsin. His books include A Numerate Life, the New York Timess–bestselling Innumeracy, and A Mathematician Reads the Newspaper. In 2003 he received the American Association for the Advancement of Science award for promoting public understanding of science, and in 2013 the Mathematics Communication Award from the Joint Policy Board for Mathematics. 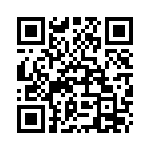