Christina Georgina Rossetti was born in London on December 5, 1830. Along with being a young poet, Rossetti also became an Italian professor at King's College, University of London. Rossetti's intense devotion to religion showed in her various works, including "Uphill", her most famous work. Overall, Rossetti did not publish much, but she did submit her first volume of poetry, Goblin Market and Other Poems. Christina Georgina Rossetti died in London on December 29, 1894. 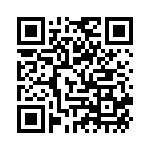