69 ページ - Behind the narrator's story we read a second story, the author's story; he is the one who tells us how the narrator tells stories, and also tells us about the narrator himself. We acutely sense two levels at each moment in the story; one, the level of the narrator, a belief system filled with...
1973～2006 年の 25 冊の書籍に記載されています
123 ページ - ... will find his cue, for the teacher too should accept the rules of the game. Then he will easily find his role as guide; for after all, the teacherdirector knows the theatre technically and artistically, and his experiences are needed in leading the group. Group Expression A healthy group relationship demands a number of individuals working interdependently to complete a given project with full individual participation and personal contribution. If one person dominates, the other members have...
1963～2002 年の 5 冊の書籍に記載されています
もっと見る
163 ページ - Sometimes one has in mind that a "principal" (in the legalistic sense) is involved, that is, someone whose position is established by the words that are spoken, someone whose beliefs have been told, someone who is committed to what the words say.
1981～2007 年の 25 冊の書籍に記載されています
49 ページ - ... organizations, relations between institutions, differential authority arrangements, social codes, norms, values, and the like. And they are very important. But their importance does not lie in an alleged determination of action nor in an alleged existence as parts of a self-operating societal system. Instead, they are important only as they enter into the process of interpretation and definition out of which joint actions are formed.
1966～2006 年の 13 冊の書籍に記載されています
72 ページ - In the flow of group life there are innumerable points at which the participants are redefining each other's acts. Such redefinition is very common in adversary relations, it is frequent in group discussion, and it is essentially intrinsic to dealing with problems. (And I may remark here that no human group is free of problems.) Redefinition imparts a formative character to human interaction, giving rise at this...
1936～2002 年の 15 冊の書籍に記載されています
65 ページ - I assume that the proper study of interaction is not the individual and his psychology, but rather the syntactical relations among the acts of different persons mutually present to one another.
1934～2007 年の 37 冊の書籍に記載されています
49 ページ - It calls attention, first, to the fact that the essence of society lies in an ongoing process of action — not in a posited structure of relations. Without action, any structure of relations between people is meaningless. To be understood, a society must be seen and grasped in terms of the action that comprises it. Next, such action has to be seen and treated not by tracing the separate lines of action of the participants — whether the participants...
1971～2007 年の 13 冊の書籍に記載されています
108 ページ - Since, then, the social aggregate has a collective mental life which is not merely the sum of the mental lives of its units, it may be contended that a society not only enjoys a collective mental life but also has a collective mind, or as some prefer to say, a collective soul.
1920～2007 年の 11 冊の書籍に記載されています
45 ページ - Performance here is seen as a creative and emergent accomplishment . . . the deepest problem in the social disciplines |is to understand] the dynamic interplay between the social, conventional, ready-made in social life and the individual, creative, and emergent qualities of human existence" ( Bauman & Sherzer, 1989, pp.
1989～2005 年の 8 冊の書籍に記載されています
17 ページ - Influenced by Freud's psychology of the unconscious, Stanislavsky taught his actors to emphasize the feelings, moods, and expressions of a character, so that the performance would seem more authentic. He called this new technique psychological realism.
1999～2005 年の 5 冊の書籍に記載されています
隠す 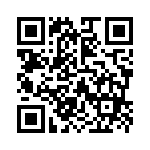