302 ページ
A volume of poems appeared in 1795 and in the same year a Moral Epistle in prose , decidedly in the neo - classical manner . In these two productions Landor exhibited a gift for dignified phrase , and an artistic prose style quite ...
429 ページ
It is an interesting fact , too , that some of his best known biographical essays , including those on Milton , Addison , Dryden , Johnson , and Byron , appeared in the Edinburgh Review not as detached essays but as book reviews .
510 ページ
With Unto This Last ( see p . 518 ) , as has been said , he seemed to his friends completely to have abandoned art for economic theory . When the four essays which comprise the volume appeared in the Cornhill Magazine , they aroused ... 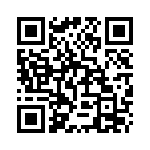