āyü[āW
... fhew ourselves glad in him with day :) be that readeth , so standpsalms . ing , and turning himself , as be For the Lord is a great God : may best be heard of all such and a great King above all gods . as are present .
āyü[āW
Such as the Father is , such is lone : not made , nor created , the Son : and such is the Holy . but begotten . Ghost . The Holy Ghoft is of the Fa . The Father uncreate , the Son thier and of the Son : neither uncreate : and the Holy ...
āyü[āW
Ttion may be ministered to the end that Confirma- such things , as they by their own confession have afsented the more edifying of such as thall receive it , the Church hath thought good to order . That Then fall tbe Bishop fay , ' none ... 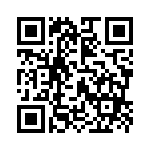