Elisabeth Bronfen is the author, most recently, of The Knotted Subject: Hysteria and Its Discontents. Misha Kavka has published variously on male hysteria, modernist feminism, and gendered subjectivity in film. Both Bronfen and Kavka teach in the Department of English at the University of Zurich, Switzerland. 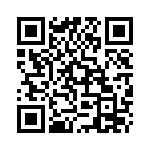