110 ページ - And it came to pass in the four hundred and eightieth year after the children of Israel were come out of the land of Egypt, in the fourth year of Solomon's reign over Israel, in the month Zif, which is the second month, that he began to build the house of the Lord.
1730～2007 年の 626 冊の書籍に記載されています
23 ページ - And there went out another horse that was red: and power was given to him that sat thereon to take peace from the earth, and that they should kill one another: and there was given unto him a great sword.
1755～2008 年の 806 冊の書籍に記載されています
もっと見る
26 ページ - And he opened the bottomless pit; and there arose a smoke out of the pit, as the smoke of a great furnace; and the sun and the air were darkened by reason of the smoke of the pit.
1181～2008 年の 968 冊の書籍に記載されています
24 ページ - How long, O Lord, holy and true, dost thou not judge and avenge our blood on them that dwell on the earth ? and white robes were given unto every one of them ; and it was said unto them, that they should rest yet for a little season, until their fellowservants also and their brethren, that should be killed as they were, should be fulfilled.
1714～2008 年の 864 冊の書籍に記載されています
112 ページ - And he set the cherubims within the inner house: and they stretched forth the wings of the cherubims, so that the wing of the one touched the one wall, and the wing of the other cherub touched the other wall; and their wings touched one another in the midst of the house.
1805～2007 年の 282 冊の書籍に記載されています
隠す

Born in Olds, Alberta Canada. Attended the University of Utah, B.S. degree in Political Science. Had planned to apply for admission to the American University in Beirut to study Middle Eastern Affairs when the war broke out in Lebanon. Has traveled in the Middle East pursuing his interests in ancient history, archeology, and global geopolitics. Currently living in Scottsdale, Arizona with his wife Gail. 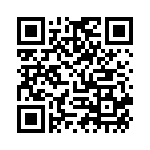