Roger Wilkins was awarded the Pulitzer Prize for his coverage of Watergate. He lives in Washington, D.C. 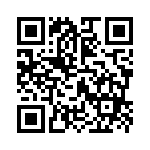