Walter J. Strach III is an educational consultant, specializing in training special education math teachers. He received a BA in Asian Studies from San Diego State University and an MA in Southeast Asian Studies from the University of Hawaii. He has a passion for the history and cultures of Southeast Asia and has traveled extensively throughout the region. He currently lives in San Jose, California, with his wife, Palita. 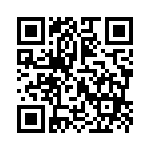