13 ページ
The very form of the poem -- its four - line stanzas divided into two couplets expresses the exact balance which is its theme . The speaker sees the two lovers , in a brilliant and difficult analogy , as binary stars , those paired ...
15 ページ
To explain fully how these questions might be answered for each of the four poems I have been considering would require a second lecture . What I shall do instead is to divide the four poems into two pairs , putting Yeats's " A Drinking ...
1 ページ
At most one ought not to read more than three or four poems at a time , any more than one listens to more than three or four pieces of music at a concert . That is , one ought not to sit down to a book of poems , but to a poem . 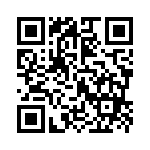