John Downing is Professor in the Department of Radio-Television-Film at the Univeristy of Texas, Austin. He is a co-editor of Questioning the Media (1990) and has contributed to the journals Media, Culture & Society and Discourse & Society

Dr. Wartella is Professor of Communication Studies and of Psychology at Northwestern University. Ellen is a leading scholar of the role of media in children's development. Currently she is a co-principal investigator on a 5-year multi-site research project entitled: "IRADS Collaborative Research: Influence of Digital Media on Very Young Children" funded by the National Science Foundation (2006-2011). 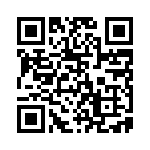