Tan Ye is professor of Comparative Theater in the Department of Languages, Literatures, and Cultures, the Director of the Confucius Institute, and Director of the Chinese Program at the University of South Carolina. He is the author of Common Dramatic Codes in Yuan and Elizabethan Theaters (1997), Theory and Practice of Screenwriting in China and America (co-edited with Li Jin, 2008), and Historical Dictionary of Chinese Theater (2009).

Yun Zhu is a Ph.D. candidate in Comparative Literature at the University of South Carolina, with a focus on Chinese literature from the late Qing to the contemporary period and Chinese-language film. 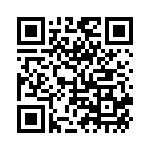