Born in 1564 in Stratford-upon-Avon, Warwickshire, England, William Shakespeare is widely regarded as the greatest writer and playwright in the English language. In 1594 he founded the acting company the Lord Chamberlain's Men, later the King's Men, in London. He died in 1616.

Michael A. Cramer, PhD, is a writer, an actor, and a filmmaker, who teaches communications at City College of New York and at Borough of Manhattan Community College. He is the author of A Confederacy of Whores: Media and Politics in George W. Bush's America and Medieval Fantasy as Performance: The Society for Creative Anachronism and the Current Middle Ages, as well as numerous articles, short stories, screenplays and chap-books. He lives in Brooklyn, New York. 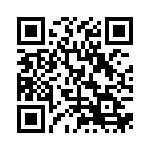