THE DEATH OF COMEDY

Segal—yes, he of Love Story and, if you didn't know, a fellow at Oxford—turns his attentions to literary criticism in this survey of comic theater from the ancient Greeks to a humorless Irishman ... āīārāģü[æSĢČé­ōŪé▐

The death of comedy

Respected classics scholar and popular novelist Segal (Love Story, etc.) here presents the culmination of work begun in 1968 with Roman Laughter, a discussion of Plautus as a writer of festive comedy ... āīārāģü[æSĢČé­ōŪé▐

3 āyü[āW - The eye of man hath not heard, the ear of man hath not seen ; man's hand is not able to taste, his tongue to conceive, nor his heart to report, what my dream was.
1600ü`2008 öNé╠ 863 Ź¹é╠ÅæÉąé╔ŗLŹ┌é│éĻé─éóé▄éĘ

Erich Segal was a writer, educator, and screenwriter. He was born in Brooklyn, New York on June 16, 1937. He graduated from Harvard University with a B.A. in 1958, a M.A. in 1959, and a Ph.D. in 1964. Segal began a teaching career at Harvard University before moving to Yale University in 1964. He was also a visiting professor in classics at Princeton University and the University of Munich. He achieved international acclaim for his verse translations of Roman playwright Plautus and delivered papers before the American Philological Association and the American Comparative Literature Association. Segal collaborated on the 1958 Harvard Hasty Pudding Club production and wrote several Hollywood screenplays, including the 1968 animated Beatles film, Yellow Submarine and A Change of Seasons. His most famous novel was Love Story, written in 1970. The book was made into a film in 1970. He received a Golden Globe Award and an Oscar nomination for his screenplay. His other novels include Oliver's Story, The Class, and Doctors. He died of a heart attack on January 17, 2010 at the age of 72. 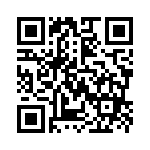