54 āyü[āW
One difference , all right , was in the number of people he passed . Or overtook , rather , for they were going the same way . He hadn't noticed them particularly until he approached the footbridge back at the canal .
195 āyü[āW
... of the city — was even over the lake , and the green fields beyond — but still his breath kept time with it , and his own thoughts , if they were his at all , passed in and out of him without the least anxiety or difficulty .
208 āyü[āW
He would see them ; he would sayBut the serious Mr. Thorne , more serious than ever , went by without a word . They had stepped off the walk to let him pass , and he had passed ; but not like one who saw them there . " Mr. Thorne ! 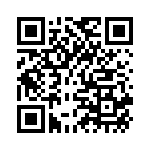