223 ページ - What though the radiance which was once so bright Be now for ever taken from my sight, Though nothing can bring back the hour Of splendour in the grass, of glory in the flower ; We will grieve not, rather find Strength in what remains behind ; In the primal sympathy Which having been must ever be ; In the soothing thoughts that spring Out of human suffering ; In the faith that looks through death, In years that bring the philosophic mind.
1807～2008 年の 1033 冊の書籍に記載されています
208 ページ - Canst thou not minister to a mind diseased ; Pluck from the memory a rooted sorrow ; Raze out the written troubles of the brain ; And, with some sweet, oblivious antidote, Cleanse the stuffed bosom of that perilous stuff, Which weighs upon the heart ? Doct.
1793～2008 年の 928 冊の書籍に記載されています
もっと見る
392 ページ - I am not countenancing the sort of " hero-worship " which applauds the strong man of genius for forcibly seizing on the government of the world and making it do his bidding in spite of itself. All he can claim is, freedom to point out the way.
1849～2008 年の 135 冊の書籍に記載されています
222 ページ - The knowledge both of the Poet and the Man of Science is pleasure ; but the knowledge of the one cleaves to us as a necessary part of our existence, our natural and unalienable inheritance ; the other is a personal and individual acquisition, slow to come to us, and by no habitual and direct sympathy connecting us with our fellow-beings. The Man of Science...
1802～2008 年の 216 冊の書籍に記載されています
384 ページ - That principle is that the sole end for which mankind are warranted individually or collectively in interfering with the liberty of action of any of their number is self-protection ; that the only purpose for which power can be rightfully exercised over any member of a civilized community against his will is to prevent harm to others.
1859～2008 年の 1398 冊の書籍に記載されています
221 ページ - What made Wordsworth's poems a medicine for my state of mind, was that they expressed, not mere outward beauty, but states of feeling, and of thought coloured by feeling, under the excitement of beauty.
1829～2008 年の 195 冊の書籍に記載されています
405 ページ - What is now called the nature of women is an eminently artificial thing— the result of forced repression in some directions, unnatural stimulation in others.
1802～2007 年の 190 冊の書籍に記載されています
隠す 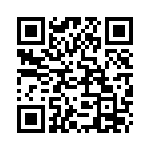