Professor Peter Newman was born in Mitcham, Surrey and educated at University College, London and Nuffield College, Oxford. He held posts at the Admiralty's Department of Operational Research and in the Planning Secretariat of Ceylon before becoming a lecturer at the University of West Indies. From 1966 until his retirement in 1990 he was Professor of Political Economy at Johns Hopkins University, Baltimore, and later Emeritus Professor. He died in New Zealand in November 2001. 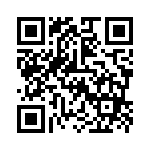