In Machines as the Measure of Men, Michael Adas examines the role of science and technology in shaping EuropeansĀf sense of their own cultural supremacy. He argues, ĀgBy the mid-eighteenth century ... ÉĆÉrÉÖĀ[ĎSē∂āūď«āř

Michael Adas is Abraham E. Voorhees Professor of History and Board of Governors' Chair at Rutgers, The State University of New Jersey. He is the author most recently of Dominance by Design: Technological Imperatives and America's Civilizing Mission . 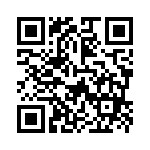