Christopher Bellamy has been Professor of Military Science and Doctrine and Director of the Security Studies Institute, Cranfield University since 1997. Until then he was Defence Correspondent of the Independent, reporting from Saudi Arabia and Iraq during the 1991 Gulf War, from south-east Turkey and northern Iraq during the Kurdish refugee crisis, from Bosnia many times between 1992 and 1997 and from Chechnya in January 1995. He was shortlisted for foreign reporter of the year in the 1996 British Press Awards. He was Associate Editor of, and a principal contributor to, the Oxford Companion to Military History and is a regular press and broadcast commentator on modern security and strategy issues. 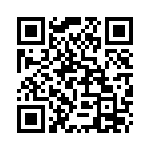