Memoirs: a twentieth-century journey in science and politics

At 93, Teller is one of the last living links to the golden age of 20th-century physics. He was there when quantum theory was conceived, he participated in the Manhattan Project, and he has been ... レビュー全文を読む

Self-portrait of a man on dubious moral ground レビュー全文を読む

Edward Teller was born in Hungary in 1908 and educated in Germany. He came to the United States in 1935. A theoretical physicist, he worked on nuclear weapons during and after World War II, and was instrumental in the development of the hydrogen bomb. A staunch advocate of national military preparedness, Teller has been involved in several controversies, most recently the debate regarding national missile defense. He helped found Lawrence Livermore National Laboratory, where he is now Director Emeritus, and continues as a Senior Research Fellow at Stanford University's Hoover Institution.

Judith Shoolery is a former science teacher who has worked as a writer and editor on a variety of publications, most recently as a book editor at the Hoover Institution. Now retired, she and her husband live in Half Moon Bay, California. 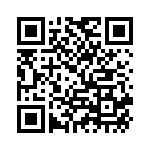