235 āyü[āW
M . Gentear , president of the eleventh zone , gives much valuable information in
his report . ... According to the Code Napoléon , the father , when dividing his
goods amongst his children , is obliged to give each an equal share of all the ...
340 āyü[āW
I now propose to give the results obtained this year ( 1868 ) , on the same plots in
the experimental wheat field on which those given each year , for the last five
years , were obtained . The crop of 1868 is the twenty - fifth of wheat in
succession ...
329 āyü[āW
... habitually disheartened , loses the greatest boon which a school can give ,
namely , the habit and the ambition of intellectual improvement . By giving
importance to physical and abstract science , the balance is at once reduced :
every boy ... 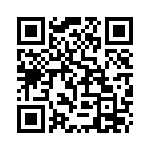