Robert Pickering is an extraordinarily prolific writer on F#. The F# Wiki on his website, Strangelights.com, is among the most popular F# web sites in the world. He is a consultant for LexiFi, lives in France, and works on projects in England, Denmark, Holland, and Belgium. He received his bachelor of science degree in computer science from Manchester University in 1999.
Kit Eason is a senior software developer for an energy trading systems provider. He has also developed software for automotive engineering companies, universities, energy suppliers, banks, and financial services companies. Kit has run many educational and training courses, including evening classes, women's electronics classes and CNC training for engineers. Kit is a regular speaker at SkillsMatter in London, and at various conferences and meetups. He works mainly in F# and C# and normally speaks on F# and related matters. 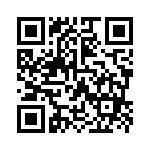