33 āyü[āW
Mother - Night . Milton speaks of the üg wide womb of uncreate night , " and some of the ancient classical poets call Nox üg the mother of all things , of gods as well as men . üh üg The Night is Mother of the Day , " says Whittier ...
34 āyü[āW
Darkness , Night , Earth , Motherhood , seem all akin in the dim light of primitive philosophy . Yet night is not always figured as a woman . James Ferguson , the Scotch poet , tells us how üg Auld Daddy Darkness creeps frae his hole ...
158 āyü[āW
ried but one night ; husbands and wives did not sleep together ; had they done so , the living would have surely died . When the hour of separation came , there was much weeping , not only among the living , but the dead . 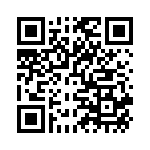