As a child in New York, author Joseph Campbell (1904-1987) became interested in Native Americans and mythology through books about American Indians and visits to the American Museum of Natural History. He wrote more than 40 books including The Hero with a Thousand Faces (1949), The Mythic Image (1974), and The Power of Myth (1988) with Bill Moyers, and is now considered one of the foremost interpreters of sacred tradition in modern time. Campbell earned his B.A. and M.A. degrees at Columbia University in 1925 and 1927, but quit the doctoral program when he was told that mythology was not an acceptable subject for his thesis. He subsequently studied medieval French and Sanskrit in Paris and Germany, taught at the Canterbury School, and in 1934, joined the literature department at Sarah Lawrence College. During the 1940s and 1950s he collaborated with Swami Nikhilananda on translations of the Upanishads and The Gospel of Sri Ramakrishna. 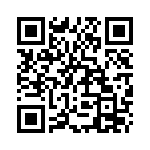