This is a good book about the early, rough-and-tumble years of pro football, and the men who played it. I had expected tales of amazing games and the developments in rules and equipment, but it leaned ... āīārāģü[æSĢČé­ōŪé▐

An accomplished sports historian traces pro football's metamorphosis from a regional curiosity into a national obsession. In the late 19th and early 20th centuries, pro football was seen by athletes ... āīārāģü[æSĢČé­ōŪé▐

Robert W. Peterson, a college baseball and basketball player right after World War II, has been a magazine writer for 30 years. He has written two previous books on sports history: Only the Ball Was White, and Cages to Jump Shots: Pro Basketball's Early Years. He lives in Ramsey, New Jersey. 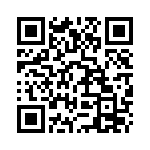