108 āyü[āW
How many versions of the ballad ETK collected is not known . According to the information I have gathered in the Danish Folklore Archives , he collected only four versions himself and a fifth was sent to him . The versions are from the ...
127 āyü[āW
1 Evald Tang Kristensen collected around 3,000 ballads , 1,000 melodies , 2,700 fairytales , 9,000 legends , 2,500 ... 4,000 riddles , and 10,000 descriptions of folk life and folk custom during his prolific collecting activity .
128 āyü[āW
13 A central problem within folklore scholarship has always been the collecting of oral performances . ... There are two factors which may contribute to this disparity : first , he collected according to Svend Grundtvig's strict ... 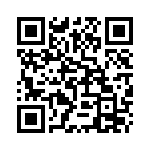