Gary Harrison is an associate professor at the University of New Mexico in Albuquerque. He received his Ph.D. from Stanford University. 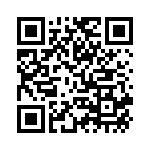