100 ページ
They did so on the ground that as scientists they could be concerned only with
problems of fact, while questions of objectives or ends belong in the sphere of
values and thus are the special property of philosophy and religion. Accordingly,
the ...
121 ページ
The chief reason, obviously, for this conflict, is to be found in the fact that what
people need is one thing and what the dominant economic class would like them
to desire is something different. It is so different, in fact, that it not only cannot be ...
193 ページ
Like every concept of freedom it was not set forth as a mere statement of fact, of
what is the case, but embodied, rather, a demand for a state of things that ought
to be. It is this factor that gives to the idea of freedom its peculiar ethical value. 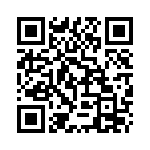