Margaret R. Smith was born May 1, 1929, in Lancaster, Pennsylvania, to Blair and Nora Otto. Her parents moved to Barberton, Ohio, when she was six months old. She is the eldest of seven children. Reared in the Barberton Wesleyan Methodist Church, she was saved at age twenty-one. She was united in marriage on May 28, 1949, to John L. Smith of Doylestown, Ohio. To this union three children were born: Michael, April, and Kenneth. During the years of raising a family, she and her husband served in various capacities in the church. Some duties were serving on boards, teaching Sunday school classes, functioning as church secretary and treasurer, working as adult counselors for the youth, and filling in wherever God needed them. Six grandchildren and one great-grandson, a son-in-law, and two daughters-in-law bring much joy to their family. Due to declining health, they moved to Hobe Sound, Florida, on October 1, 1999, where two of their children and families reside. They are members of Hobe Sound Bible Church. 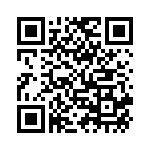