Editor of Genius indeed A. Scott Berg's biography of Max Perkins, the editor of Fitzgerald, Hemingway and Thomas Wolfe, shows how some of the greatest American novels of the 20th century were shaped by his skill, patience, and Perkins' own remarkable talent. âîârâůü[ĹSĽÂé­ôăéŮ

This book was browsed really not read. Perkins aided many famous popular authors such as F Scott Fitzgerald and Earnest Hemingway. I remember his advice to Marjorie Kinnan Rawlings who wrote the ... âîârâůü[ĹSĽÂé­ôăéŮ

A. Scott Berg was born in Norwalk, Connecticut on December 4, 1949. He became fascinated with novelist F. Scott Fitzgerald while he was in high school. Berg even went so far as to attend Princeton University, from which he graduated in 1971, mainly because it was Fitzgerald's alma mater. While studying 20th-century literature at Princeton, Berg noticed that one name - that of editor Max Perkins - kept coming up in connection with authors such as Fitzgerald, Hemingway, and Wolfe. He decided to base his senior thesis on Max Perkins. Berg's research on Perkins continued for several years after graduation, eventually culminating in the 1978 publication of Max Perkins: Editor of Genius, which received the American Book Award. His other works include Goldwyn: A Biography and Kate Remembered, He also made The New York Times Best Seller List in 2013 for his title Wilson. Lindbergh won the Pulitzer Prize for Biography or Autobiography in 1998. He also wrote the story for a film entitled Making Love (1982). 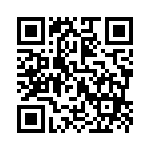