There is one reason I suggest people read this book - this is what the future looks like. This is where much research is headed. However, there are simple rules you can follow - proper diet, exercise ... レビュー全文を読む

At my age, late 60s, I found sections of this book to be very useful. For example, my general physician had recommended that I take metformin but she did not do a very good job of explaining the ... レビュー全文を読む

David Sinclair, PhD, AO, is a professor of genetics at Harvard Medical School. One of the leading innovators of his generation, he has been named by Time as “one of the 100 most influential people in the world” and top fifty most influential people in healthcare. He is a board member of the American Federation for Aging Research and has received more than thirty-five awards for his research and major scientific breakthroughs. Dr. Sinclair and his work have been featured on 60 Minutes, Today, The Wall Street Journal, The New York Times, Fortune, and Newsweek, among others. He lives in Boston and enjoys hiking and kayaking with his wife and three children. To learn more, visit LifespanBook.com and follow him on Twitter @DavidASinclair.

Matthew LaPlante is an associate professor of journalistic writing at Utah State University, where he teaches news reporting and feature writing. A former US Navy intelligence specialist and Middle East war correspondent, he is the author of Superlative: The Biology of Extremes and the cowriter of multiple other books on the intersection of science and society. He lives in Salt Lake City and skis in Big Cottonwood Canyon. To learn more, visit MDLaPlante.com and follow him on Twitter @MDLaPlante. 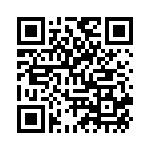