I found the first section, apparently common rabbit folk tales, unimpressive. It was like reading clumsy fan fiction. The second section, a longer story about the adventures of El-ahrairah, was better ... レビュー全文を読む

I am a massive fan of Watership Down, which I’ve read countless times both as a child and an adult, so when I discovered only recently that this book existed I had to read it and I wasn’t disappointed ... レビュー全文を読む

Richard George Adams was born in Newbury, England on May 9, 1920. He enrolled at the University of Oxford in 1938, but his studies were interrupted by World War II. During the war, he served with the British airborne forces in the Middle East and India. After the war, he returned to Oxford and received a degree in history in 1948. He joined the Ministry of Housing and Local Government and worked his way up over 20 years to a senior post in the clean-air section of the environmental department. He retired in 1974 to become a full-time writer. His first his novel, Watership Down, was published in 1972. It received the Carnegie Medal in Literature in 1972 and the Guardian Children's Fiction Prize in 1973. His other books include Shardik, The Plague Dogs, Traveller, and Tales from Watership Down. He also wrote an autobiography entitled The Day Gone By. He died on December 24, 2016 at the age of 96. 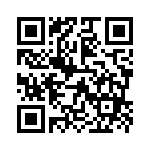