T. E. KYEI (1908-1999) was educated at the Kumasi Scottish Mission School and at the Accra Government Teacher Training College. Kyei spent his life as a teacher, civil servant, and an ardent student and recorder of Asante culture and history. 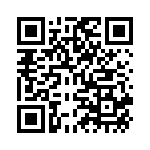