It is hard not to want to know more about Keats and Brawne, and poet Plumly's linked essays on the life and death of Keats offer a subtle take. In addition to the love affair, Plumly also examines the ... ÉĆÉrÉÖĀ[ĎSē∂āūď«āř

A gentle, concentric chronology of the English poet's life, pausing occasionally for close—sometimes too close—discussions of poems and individual lines.Plumly (English/Univ. of Maryland; Old Heart ... ÉĆÉrÉÖĀ[ĎSē∂āūď«āř

Stanley Ross Plumly was born in Barnesville, Ohio on May 23, 1939. He received a bachelor's degree from Wilmington College in Ohio in 1961 and a master's degree from Ohio University in 1968. He taught at the University of Iowa, Princeton University, Columbia University, and the University of Houston before coming to the University of Maryland in 1985. He founded the graduate program in creative writing there before retiring 2018. His first collection of poetry, In the Outer Dark, was published 1970. His collections of poetry included Now That My Father Lies Down Beside Me: New and Selected Poems 1970-2000, Orphan Hours, Against Sunset, and Old Heart: Poems. He was Maryland's poet laureate from 2009 to 2018. He edited the Ohio Review and the Iowa Review and several anthologies of poetry. He also wrote nonfiction books including Posthumous Keats, The Immortal Evening, and Elegy Landscapes: Constable and Turner and the Intimate Sublime. He died of complications from multiple myeloma on April 11, 2019 at the age of 79. 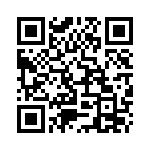