āyü[āW
But to worship our false selves is to worship nothing. And the worship of nothing
is hell. THE ügfalse selfüh must not be identified with the body. The body is neither
evil nor unreal. It has a reality that is given it by God, and this reality is therefore ...
āyü[āW
It is equally false to treat the soul as if it were the ügwhole selfüh and the body as if it
were the ügwhole self.üh Those who make the first mistake fall into the sin of
angelism. Those who make the second live below the level assigned by God to
human ...
āyü[āW
With us it is different. God leaves us free to be whatever we like. We can be
ourselves or not, as we please. We are at liberty to be real, or to be unreal. We
may be true or false, the choice is ours. We may wear now one mask and now
another, ...
āyü[āW
TO say I was born in sin is to say I came into the world with a false self. I was born
in a mask. I came into existence under a sign of contradiction, being someone
that I was never intended to be and therefore a denial of what I am supposed to ...
āyü[āW
the world, there is no greater subjective reality than this false self of theirs, which
cannot exist. A life devoted to the cult of this shadow is what is called a life of sin.
All sin starts from the assumption that my false self, the self that exists only in my ...
« æOéų
Ä¤éų »

Thomas Merton (1915-1968) entered the Cistercian Abbey of Gethsemani in Kentucky, following his conversion to Catholicism and was ordained in 1949. During the 1960s, he was increasingly drawn into a dialogue between Eastern and Western religions and was actively engaged with domestic issues of war and racism.

Sue Monk Kidd was born in Sylvester, Georgia. During her thirties, she became deeply influenced by the work of Thomas Merton and C. G. Jung, which would impact her writing in the years ahead. She is the author of When the Heart Waits (1990), The Dance of the Dissident Daughter (1996), The Secret Life of Bees (2002), which sold 4.5 million copies worldwide, The Mermaid Chair (2005), and Firstlight (2006). 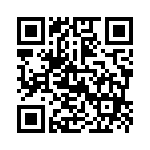